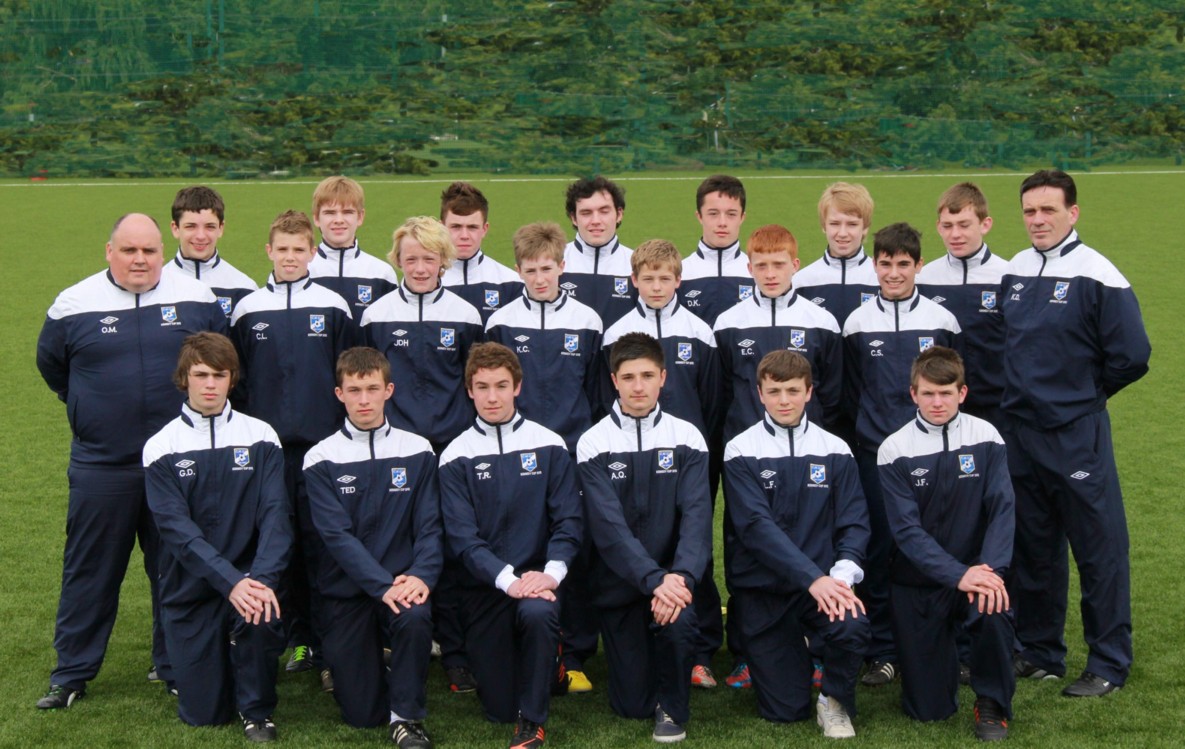 The Cavan Monaghan under 15 squad are putting the finishing touches to their preparations for the 31st Northern Ireland Milk Cup with managers Oliver Martin and Kieran Donnelly preparing the squad for the experience of a lifetime. The tournament will feature clubs from all over the world from New Zealand, Chile, USA, Japan, Ecuador, Germany, France, Mexico, Denmark, Brazil, Northern Ireland and Republic of Ireland plus top UK premiership sides Manchester United, Liverpool, Everton, Southampton and Newcastle United among the teams competing.

The CMUL start the campaign in Coleraine on Monday 29th July against premiership side Southampton F.C before a mouth watering clash on Tuesday 30th July with premiership giants Liverpool F.C in the Riada stadium in Ballymoney. The CMUL will finish off the group back in Coleraine on 31st July when they play a County Tyrone squad featuring players from Northern Ireland under 15 champions Dungannon United.

Once the players depart their clubs on Sunday 28th July they will spend the next six days living the lives of professional footballers, living together, training together and competing together in one of the most prestigious youth tournaments in the world. This truly will be a great experience and opportunity for these talented players to put themselves in the shop window that the Northern Ireland Milk cup has become with all the top teams from the UK represented with their scouts who will be running their experienced eye over the talent on show, looking for that one little piece of magic from a star of the future.

Head Coach Oliver Martin said “I think the best advice I can give our players is to go and savour every moment of the week.  With a busy schedule of games against quality opposition such as Southampton and Liverpool, it will pass quickly but at the same time it will take the players into a whole new sphere that will challenge them at a higher level”

Head Coach Kieran Donnelly added “we’re lucky to have one of the world’s premier youth tournaments on our doorstep and luckier still to be invited to participate and despite the quality of the tournament and the quality of the opposition we’ve been drawn against I’m confident we’ll justify our place. This team has performed very well against academy teams at the top level of football on numerous occasions and I anticipate the same at the N.I. Milk Cup”

The squad is made of players selected from Ballyjamesduff, Blayney Rovers, Cavan Celtic, Cavan Shamrock, Lavey United and Monaghan United and have a fast experience in playing tournament football having previously competed in The Foyle Cup, The Galway Umbro Cup, The Kennedy Cup plus this year’s All Ireland Inter League competition when they made it all the way to the national semi finals.

The parents, players and coaches of the CMUL Milk Cup Squad would like to thank everyone that participated or donated during any of our fundraising events during the year and a special word of thanks to all businesses and organisations that donated sponsorship to the squad.