The Co. Cavan Aviva FAI Primary Schools 5 a Side competition took place on Tuesday 29th April, Wednesday 30th April and Thursday 1st May at Cootehill Harps FC. 37 Schools participated in this year’s competition with 89 Teams playing over the 3 days. 3 grass pitches and 4 astro turf pitches were in use at the very impressive Cootehill venue. 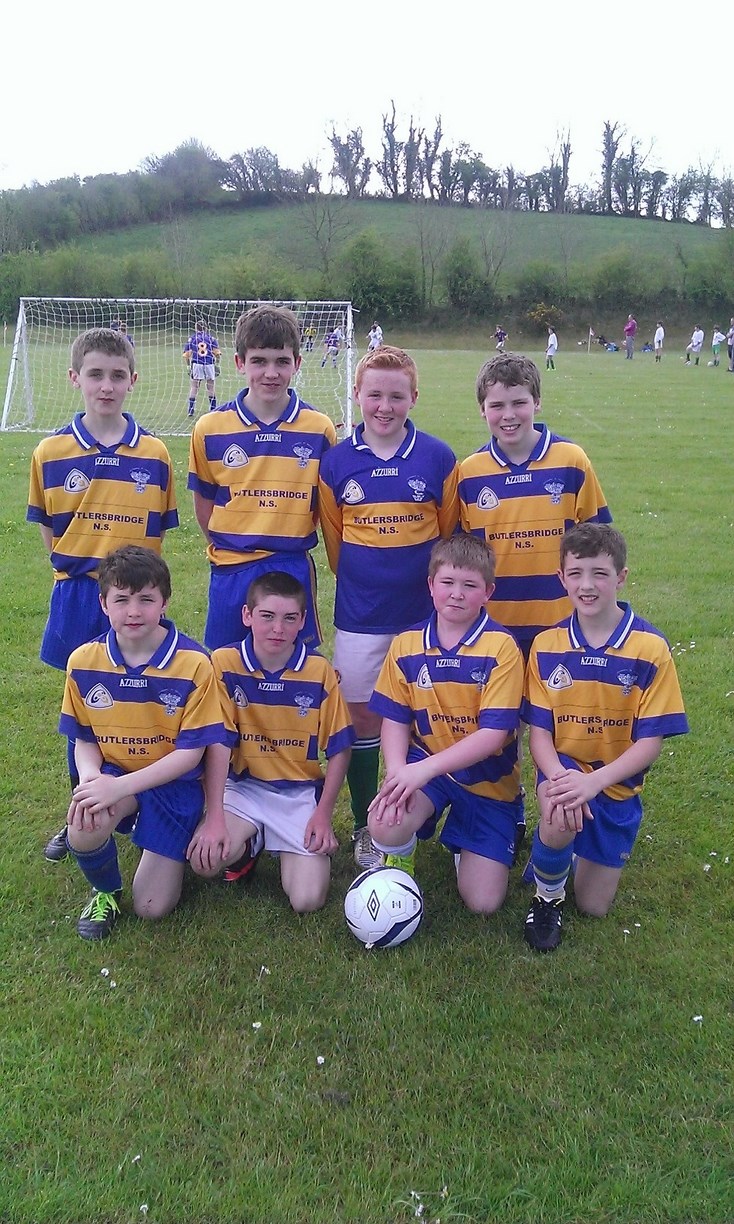 The small Schools section for Boys was played on Tuesday with 35 Teams participating which included the 2013 All Ireland finalists Mullahoran. The 7 group winners were Crosserlough, Swanlinbar, Model Bailieborough, Castletara, Kilnaleck, Killyconnon and Butlersbridge.

All group winners were involved in entertaining games during the knock out stages. The Semi Finals were close encounters with Butlersbridge and Model Bailieborough booking their place in the Final with wins over Crosserlough and Kilnaleck respectively. The final was a closely contested game with both teams playing an attractive brand of attacking football which was decided in the final minute with a fantastic team goal by Butlersbridge which left the Model lads with very little time to reply. 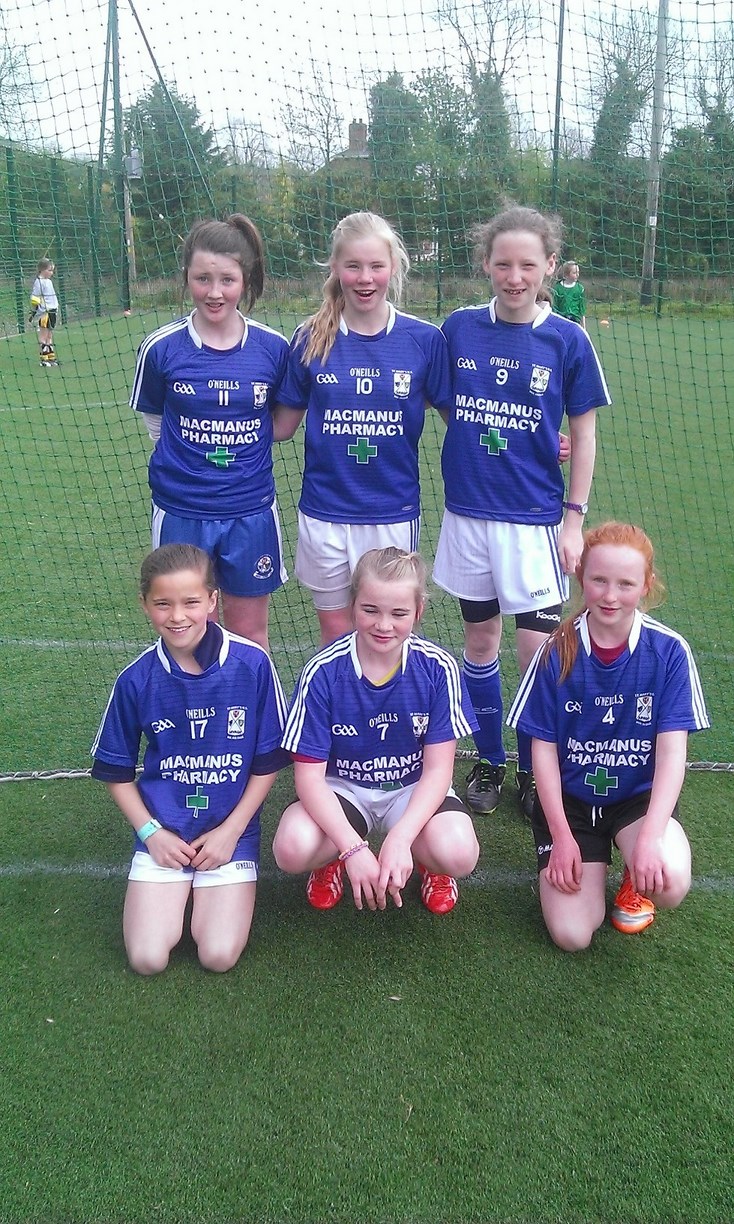 The Small Schools section for Girls took place on Wednesday with 24 Teams participating. After closely fought group games, the 5 Teams who emerged as group winners were St. Mary’s Arva A and B, Ballyhaise, Killygarry and Muff. The Girls Final was a repeat of the 2013 final and proved to be one of the most exciting and high quality Girls games in the Schools 5 a side for years. The Arva Girls had to be at their brilliant best to overcome an excellent Killygarry side and complete back to back victories in the Girls Small Schools section. 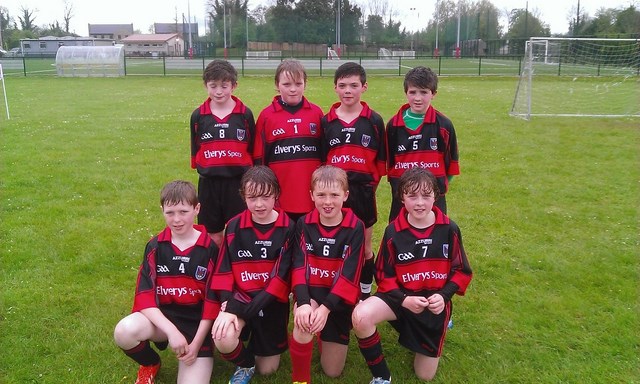 The Medium schools section took place on Thursday with 22 Boys and 6 Girls teams participating on the day.

The Boys section had 5 groups with Ballyjamesduff, Killygarry, Cootehill, Mullagh and Kilinkere winning their respective groups and progressing to the knock out stage. Killygarry defeated Cootehill and Mullagh defeated Ballyjamesduff in the semi finals to set up a brilliant final. Both Teams played with freedom and flair to produce an outstanding display of attacking football which ended in a 4 – 4 draw after extra time. The dreaded penalties were required to separate these 2 excellent sides and Killygarry proved to be the more clinical in the shoot out and progressed to the Ulster Final. 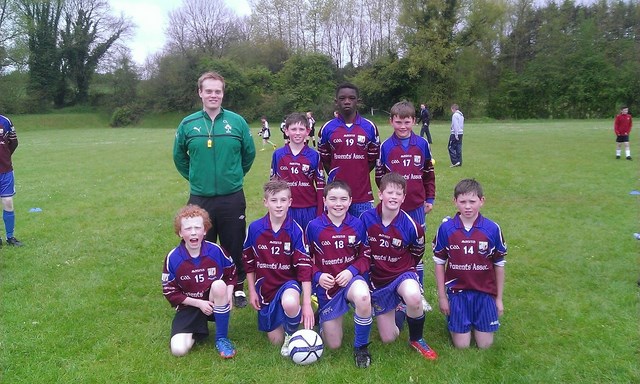 Six Girls Teams participated in the Girls Large Schools section with Virginia and Cootehill advancing to the Final. Virginia scored 2 early goals to go in at the break in control. Cootehill started the 2nd half with greater conviction and dominated possession without making the break through against a well organised Virginia defence who held out to once again win the Cavan medium girls schools section.

Tom Mohan FAI Development Officer for Co. Cavan thanked all the Schools for taking part over the 3 days and wished the winning teams the best of luck in the Ulster Finals which take place on 13th May at the Donegal Leagues ground in Ballyare.

Tom also praised the participating Schools for providing the Boys and Girls with the opportunity to play in the competition, Cootehill Harps FC for the preparation of pitches and use of their excellent club facilities. Tom also thanked Ciaran Cassidy and Brian Gaffney for assisting with organising and running the Blitz Days, Mary Mc Enroe Cavan Institute of Further Studies and the First Year Sports studies students for refereeing and assisting over the 3 days.