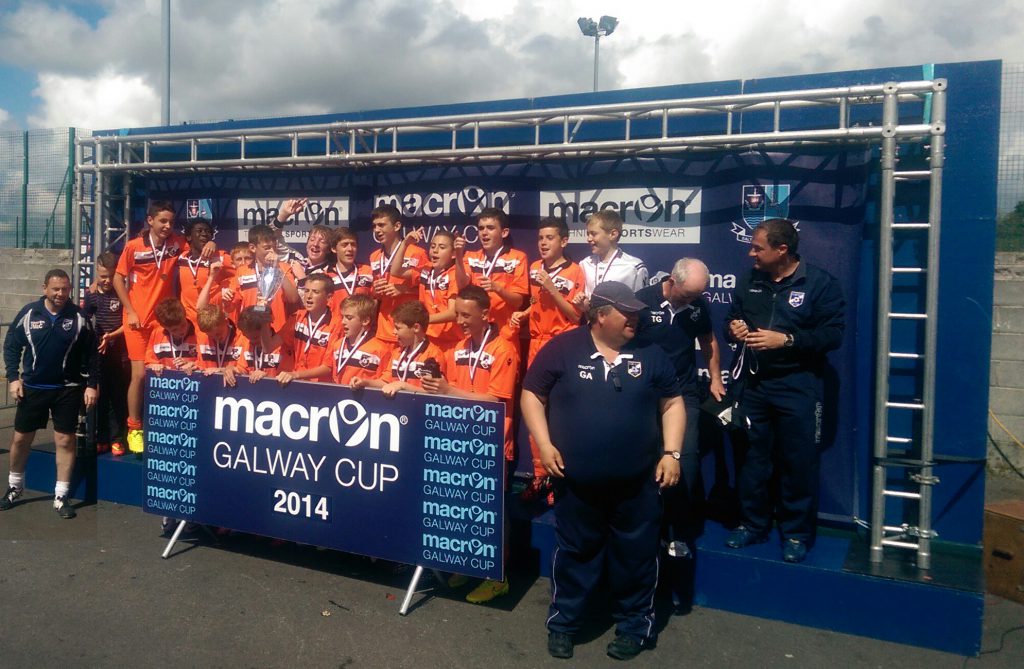 It was a very good week for the CMUL squads last week at the Galway Cup with both our U13 and U15 squads reaching their respective CUP Finals. The Under 13 squad took on Northern Ireland in their final on saturday at Salthill Devon FC and came out winners 2 – 0 with super goals from Oisin O’Hanlon and Arron Mulligan. Our Under 15 squad took on Donegal Shoolboys League who they had met in the group stages earlier in the week playing out a 0 – 0 draw on that occassion so they knew it was going to be a close contest. In the game there were very few chances but Donegal playing with a strong breeze in the 2nd half scored what was to be the winning goal 3 minutes before the final whistle.